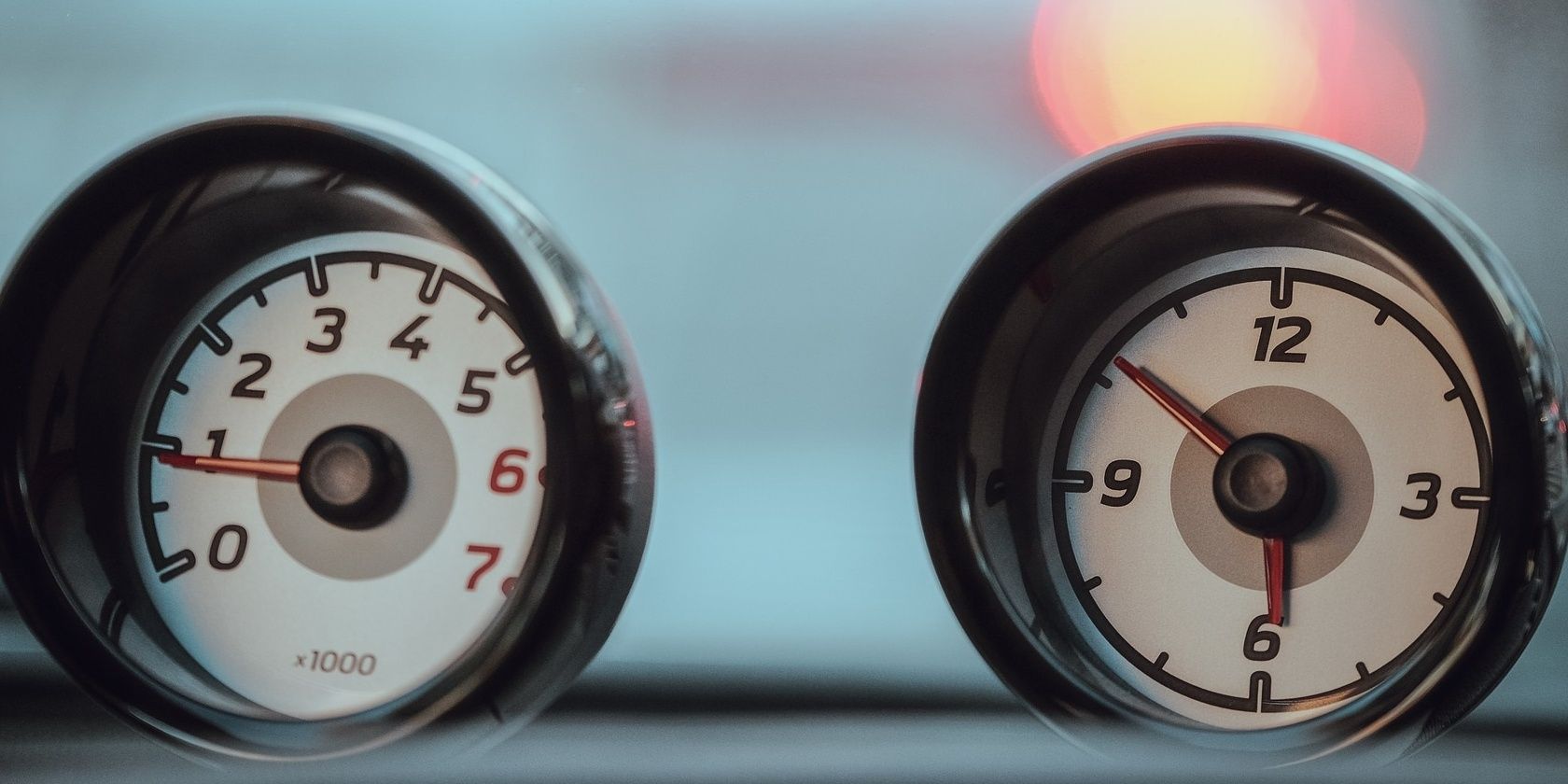 Why Are Clocks on Some Honda Cars Stuck in 2002?

New Year 2022 has led to clocks in certain Honda navigation systems reverting to January 1st, 2002. See why it happened and if you can fix it.

Now, the customer can adjust the time correctly, and it won’t be affected every time the vehicle’s power is cycled off and then on. The correct time will stay on through the next DST change based on the system internal calendar.

· Registered
Joined 11 mo ago
·
353 Posts
You could just print this and put it in the visor.

The navigation system is built into the Ridgeline and it is difficult/expensive to replace. The clock is the most basic function of the system. When the nav system is not in use, you see the clock. Frankly, most users would never replace that and in most cases, you expect that it will be used for the life of the vehicle, which could easily extend beyond 10 to 15 years.

Plus, has the date and time encoding from GPS changed over the last few years? It's not like there's a new scheme in how dates and time are conveyed which necessitate newer hardware, as is the case with cell phones.

This is clearly a Honda screw up and not a problem with expectations. I don't think it's too much to ask for the clock to work on a 10 year old car.
Click to expand...

Computers are computers. Their purposes may be different, but they are still computers and they all become outdated. My current iPhone cost more than the price of a new head unit.

Also some computers are more programable than others depending on their function. All hardware is not the same, as such all computers do not function the same.

I will agree that Honda made a mistake. But there is a simple fix going forward. The simplest fix and probably the more practical fix for Honda would be go back to a traditional non self correcting clock, instead of a self correcting model. No automatic time correction capability, no complaints that it didn't correct itself properly every 19.7 years. Of course there will always be someone who complains because the thing gains or looses time slightly over a period of weeks, months or years.

As for the clock working on you old vehicle, what time does it show now? Seems that Honda's Clock Repair Bulletin does solve the clock issue. Now, the owners have to keep track of Daylight Savings Time and adjust it themselves.
H

bsmart said:
I noticed today that my clock/radio was no longer showing a very old date and time. So, I decided to try and set the correct date and time. I went into the Clock adjustment section and set all of the features to Auto. After exiting the Setup of the clock I noticed it had the correct Date but not the correct time. I tried to go back into Setup mode but the MORE button is now 'greyed out'. I can't get to the section to Manually adjust the Date/Time now.
How does one get the MORE button to be active again?
Click to expand...

From the Honda Service Bulletin:

The automatic DST function will not work properly causing the incorrect time at the perceived DST date. We recommend that after August 17, 2022, the customer sets the “Auto Daylight Saving” function to “OFF” and adjust the DST manually.
H

· Registered
Joined 11 mo ago
·
353 Posts
If you read the Information from Honda in previous posts you would know that Honda has already said that the time issue will correct, but that the date issue will not be corrected.

"After January 1, 2022, when the system internal calendar is reset to May 19, 2002, the date will always be incorrect and stay incorrect. There is no solution to correct it."

zroger73 said:
Modern technology is amazing, but the affected vehicles are using technology developed before 2005.
Click to expand...

People tend to forget that when this technology was developed this is what more than 90% of people were watching TV on...

amieboone said:
2011 Ridgeline is doing the same- any solution?
Click to expand...

You can now set the time. The calendar and the DST will never be able to be set or changed again. Read the previous posts in this thread.
H

Geordacious1 said:
Hi. I own a 2014 Honda Ridgeline and have the same issues with time and date. Is there a fix on the way? I also noticed that the date has started to change recently. Anyone else noticing this? It's no longer Jan 1, 2002 and it's showing May 3, 2003. Just wondering.
Click to expand...

Have you read the previous posts in this thread? The answer to your question has been stated repeatedly.
H

kellyquist2017 said:
That is false. It is illegal to program a device to fail on a certain date. What if they do that to your engine. It’s criminal
Click to expand...

What "program" was used to cause the device to fail? Your grasp on the issue is lacking.


kellyquist2017 said:
honda guarantees the system to work for 3 yrs 60000 kms....yes, but that is for normal wear and tear. this is a case of a manufacturers defect they new about or should have known about......and that's a recall. This defect was within their control, caused by them and not anything beyond their control or an act of god. This is an easy fix....honda is deferring to garmin.....garmin is deferring to honda. Any programmer can fix this, the problem is the cost to garmin and honda to get the fix to millions of vehicles which they don't want to incur since OTA updates don't exist on older models. The honda attitude of everyone will just go away is the biggest reason I'm going to be thorn until they step up. And no I don't need to sue, there are much more effective ways to expose their tactics
Click to expand...

Why would Honda defer to Garmin had nothing to do with the older systems? What make you think that the older systems are Garmin systems? The earlier version were HERE based systems. HERE Technologies is a location data and technology company that created the first digital map over 35 years ago.

If any programer can fix this then why have you not provided the fix?


kellyquist2017 said:
a manufacturers recall can be for any type of failed functionality that you paid for and aren't getting. I don't need to squeal. what do you think your local dealer will say to you if you tell them your not going to buy any more vehicles until they fix it......got mine fixed, just sayin. I guess a new radio is pretty insignificant $$ when it comes to a new purchase profit margin. yes some customers have more leverage than others and all dealers are not created equal
Click to expand...

A vehicle recall is a process through which a vehicle manufacturer voluntarily recalls (or the National Highway Traffic Safety Administration (NHTSA) compels a manufacturer to recall) a vehicle because a particular aspect of its design has failed to meet the federal standards of safety.

Please tell us how a calendar that no longer updates is a safety item.
H

kellyquist2017 said:
Honda said it was garmin but whatever doesn’t matter. I am a programmer but if you’re not it’s easier to just google how the software programmers didn’t clue in to a 1024 rollover

a functionality recall and safety recall are two different things........man there are a lot of honda employees on this forum lol

give me access to the code and sure can fix it no problem. But as you already know it's not about the fix it's about the cost to fix. Does honda want millions of cars booked into the service centre to reflash the firmware.......what does that cost.....probably a lot more than ignoring it

sorry Harvey but maybe you need to "grasp" that software is a "program" and needs "programmers"
Click to expand...

Tell me, are you using a computer you purchased in 2002? Why not? It seems that in your world it is all in the programming. If it's all about the programming then there has been no need for the all the advancements in hardware from the Atanasoff and Berry's computer up through the computers of today. Why did we need ENIAC when ABC was already up and running? Why did Cambridge spend all that money to develop EDSAC if it is all about programming? Heck, why did I give up my beloved Commodore PET if it was all about programming? (On a side note, I still have my perfectly functioning Apple II, I'm holding on to it until the prices reach what working Apple I's go for.)

So what makes you positive, without a doubt, that the problem is one strictly of programing? What puts you in the know that there is not a hardware issue also involved? If you KNOW that it just a simple programming issue, why are you whining about an out of date, out of warranty, minor issue like the calendar? The time issue is fixed, it is only the calendar that is not functional.


If it was 1, really that important you would have solved the problem and 2, you would have contacted an international known law firm or even Advocate Alliance Group.? You know as in Camp Lejeune, Zantac, Prevage, Roundup, talcum powder etc, etc, etc. The list, and the advertisements go on and on and on.

If there was any real substance to what you are claiming, some eager beaver attorney's office would have already filed a class action lawsuit and our inboxes and television time would be filled with advertisement for the Honda, Acura calendar y2k22 bug Class Action Law Suite.

I am fluent in COBOL, Fortran, my first two languages I learned many years ago, C & C++ as well as Swift and I need none of them to program a fix for this problem.

I will share this fix with you, it is simple and easy.

kellyquist2017 said:
Well I guess when honda said it was a programmiing oversight they were fibbing and should have got you to consult. I never doubted you Harvey.
Click to expand...

I guess you mean the "issue is due to a limited GPS receiver capacity resulting in "rollover" of the internal chip memory;" That is what Honda said.